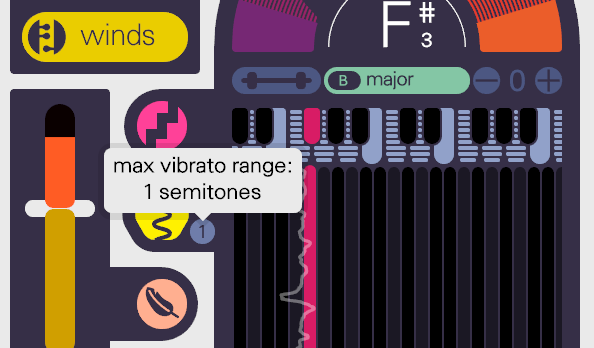 With the completion of this update, we have increased the price of imitone from $25 to $30. For a limited time, you can get imitone at the old price using this discount code:

Our Spring 2022 update makes imitone easier to use for live performance, primarily via improvements to settings handling under the hood. Many of these improvements come specific to imitone studio, which allows for greater customization of imitone’s functionality. Prior to this update, imitone studio had the capacity to handle multiple voice inputs, but these multiple voices had to be set up each time the app was opened. Now, imitone studio users can save their multi-voice setups and load them back, which should greatly simplify the workflow for multi-voice. All users are able to save the settings for a single voice setup, as well, to make it easier to keep the settings that work for you. This feature has brought along with it the ability for all users to refresh the audio device list without closing the app; basically, it’s possible to detect new microphones or speakers even if they were plugged in after imitone was opened.

In addition to these live performance and multi-voice settings related features, we’ve also given imitone studio users greater control over vibrato. Vibrato range is now selectable next to the vibrato toggle, allowing customization over the intensity of the vibrato, and an option to change what midi control the vibrato is mapped to has been added. If you didn’t know, midi has several possible ways of encoding vibrato, including CC1 (modulation), CC78 (vibrato), and aftertouch, which different instruments may listen for differently. This mapping feature gives users more flexibility when working with different instruments, which may respond better or worse (or not at all) to one type of vibrato encoding over another.

This update comes in preparation for much bigger things, too. As we overhaul the internal workings of imitone’s engine, we get closer to offering better and more responsive imitone plugins—which is to say, namely, a fully-featured GUI for our VST plugin is on the way. It will also open the doors to other ways imitone can connect with other software and tools, like your internet browser, or a chat app, or a phone line… the possibilities are endless, so stay tuned to see what sorts of new functionality this deep technical work brings us!